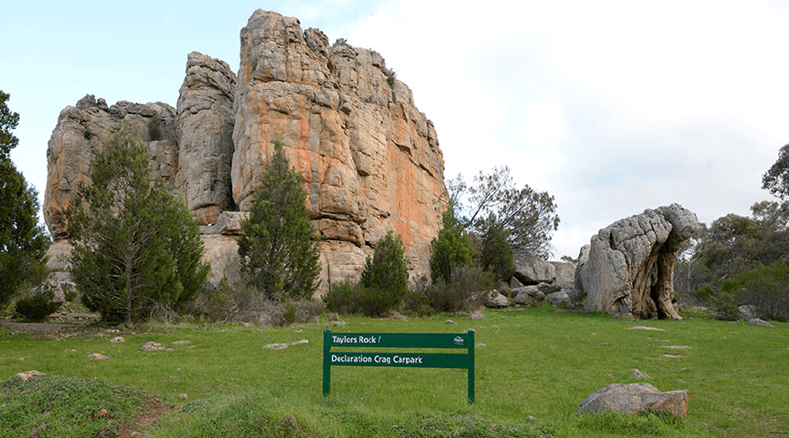 We are reaching out following a number of questions we have received from various interest groups about submissions to Aboriginal Victoria relating to the Interim Protection Order at Dyurrite1 (Taylors Rock/Declaration Crag, Mt Arapiles Tooan State Park).

We sought input from Barengi Gadjin Land Council to develop this short communications guide to support organisations in preparing their submissions. In the event that your organisation is making a submission, we hope that the information below is helpful in preparing your response.

We understand that BGLC’s goal in seeking an interim protection order at Dyurrite1 is to ensure that the site receives a level of protection commensurate with the many very special tangible and intangible values it contains. The cumulative effect of the numerous values there makes it a ‘whole that is greater than the sum of its parts’. The need for further formalised layers of protection reflects the importance of the site’s values to Traditional Owners, and the wish for these protections to be fully regarded and respected by the community.

In making a submission to Aboriginal Victoria about other interests and values associated with Dyurrite1, organisations have an opportunity to demonstrate to Traditional Owners:

i)  an appreciation of these values and support for their protection

ii) a capacity to communicate in culturally aware and safe ways

Through taking the time to consider the ideas below, we hope the submissions will create an opportunity for meaningful and sustainable protection and management solutions to be found. Culturally considered and informed submissions can play a key role in allowing Traditional Owners and their representatives to feel respected and safe to engage in conversations with interest groups, which we hope will occur after the assessments have taken place.

Understanding and acknowledging the rights framework

The Victorian Charter of Human Rights and Responsibilities (Victorian Charter) and the United Nations Declaration on the Rights of Indigenous Peoples (UNDRIP) provide some guidance regarding the rights and interests of Traditional Owners in relation to Country.

Persuasive submissions about the use of Dyurrite1 (Taylor’s Rock / Declaration Crag)  would take into account the rights and interests that the Traditional Owners – the Wotjobaluk, Jaadwa, Jadawadjali, Wergaia and Jupagalk Peoples – have in Country. We highlight some of these important rights and interests below:

“Aboriginal persons hold distinct cultural rights and must not be denied the right, with other members of their community—

(a)  to enjoy their identity and culture

(d) to maintain their distinctive spiritual, material and economic relationship with the land and waters and other resources with which they have a connection under traditional laws and customs.”

“Indigenous peoples have the right to practice and revitalize their cultural traditions and customs. This includes the right to maintain, protect and develop past, present and future manifestations of their cultures…”

“Indigenous peoples have the right to maintain and strengthen their distinctive spiritual relationship with their traditional owned… lands… to uphold their responsibilities to future generations in this regard.”

Questions to ask when writing your submission

In the context of drafting submissions regarding the interim protection order, consideration should be given to whether the submission allows section 19 of the Victorian Charter to be given effect. That is, does your submission respect the right of Barengi Gadjin Land Council to do work that allows it to maintain Traditional Owners’ relationship with Dyurrite1 (Taylors’ Rock/Declaration Crag) and the identity and culture that this Country embodies?

Consider whether your submission respects the need for cultural privacy, and whether it adequately considers the necessity of refraining from accessing Country while Cultural Heritage assessments are being conducted, as the Barengi Gadjin Land Council has requested.

In drafting your submission, you might also consider how your interests impact the Traditional Owners’ right to maintain and revitalise their culture now and for future generations of Aboriginal and other peoples.

While you may not have detailed information to address all these questions, are there ways you can demonstrate that you have an understanding and appreciation of Traditional Owners’ rights and interests?

Conventions to follow in writing to and about Traditional Owners

References and other resources

We would like to ACKNOWLEDGE the TRADITIONAL CUSTODIANS of the land and PAY RESPECT to their Elders past, present and emerging.

Acknowledging our GRATITUDE that we share this land today, our SORROW for some of the costs of that sharing, and our HOPE and belief that we can move to a place of EQUITY, JUSTICE and PARTNERSHIP TOGETHER