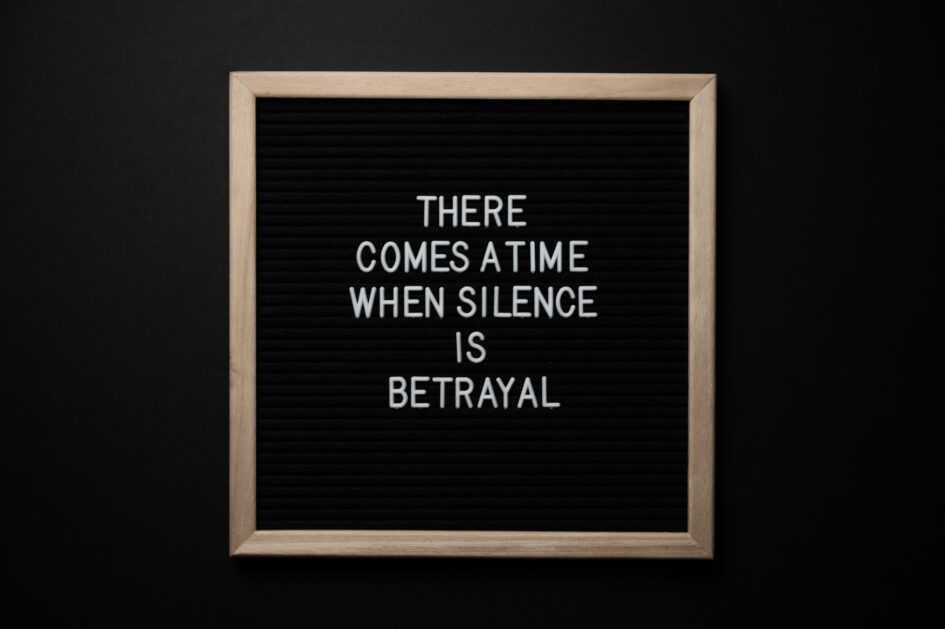 There comes a time when silence is betrayal

What do you do when you witness racism and racial abuse online?

It can be hard to know what to do when you see disrespectful or abusive behaviour online. In this guide, we discuss some strategies for safely taking action.

Race is widely acknowledged to be a social construct – an idea created and accepted by people – even though race and the traits associated with racial categories can’t be verified by science. The social understanding of race is generally developed out of a mix of things like skin colour, nationality, ethnic origin or ethnicity.

Racism is widely accepted as a wrong thing to take part in, but it can be hard to know what behaviours or thinking it encompasses. One of the most confusing things about racism is how many terms can be used interchangeably with it.

Under the Victorian Equal Opportunity Act 2010, it is against the law to treat people differently on the basis of their race, including for employment, joining clubs etc. In Victoria, the Victorian Racial and Religious Tolerance Act 2001 and the Commonwealth Racial Discrimination Act 1975 make it unlawful to racially vilify or say something that would constitute racial hatred. Racial vilification or hatred refers to behaviour that “incites hatred, serious contempt, revulsion or severe ridicule” for a person or group of people, because of their race or religion.

According to the Victorian Equal Opportunity and Human Rights Commission, this kind of behaviour includes:

Why should I do something?

It can be difficult for targets of racist behaviours to confront perpetrators. Research shows that when a third party (a bystander) intervenes it can:

·       Discourage the perpetrator from repeating the behaviour; and

·       Contribute to a culture that condemns racist and racially discriminatory behaviours.

In volatile and aggressive environments, it can be particularly important to demonstrate to the person involved and the wider community that certain behaviours are not appropriate, and potentially against the law.

A bystander is a person who witnesses something but is not directly involved in it. You can be a bystander if you are told about an incident or if you witness racist behaviour in a setting, including online.

An active bystander is someone who takes action after witnessing racist behaviour. In the online space, this can range from supportive behaviour to speaking out or reporting the behaviour.

No matter what you do, make sure that you feel safe to act. If an online space doesn’t feel safe, you can show support in different ways.

Active bystanding: What you can do if you are a bystander

If you feel safe to act, you can carry out one of the actions on the action pyramid below. Generally, actions higher up the pyramid are stronger ways of discouraging racist behaviour. The more intentional, severe and explicit the behaviour of the perpetrator, the higher the level of action the bystander may take.

Actions towards the bottom of the pyramid are appropriate when the bystander is worried about putting themselves or the targeted person at risk. While inexcusable and unacceptable, in some circumstances certain racist behaviours may be unintentional and/or caused by ingrained beliefs, values and practices, and may suit actions listed at the bottom of the pyramid.

This tool is anonymous and does not lead to any punishment. VEOHRC may use the information to shape its educational policies and advocacy work

Make a complaint to the eSafety Commissioner about seriously threatening, intimidating, harassing or humiliating behaviour.

For serious threats to personal safety, call the police in your state or 131 444, a national police assistance line.

Most State and Territory Police services have special units working on computer crime and may be able to help you further.

Call out and educate

Make a lighthearted comment or question to try to stop the situation. This may be more useful when you know the perpetrator or when you are worried about a power imbalance.

and people who are calling out the behaviour

Private message the victim to express disapproval, ask if they are okay, or offer to help progress the matter.

Private message someone who has called out the behaviour to let them know you support them.

What if I’m a target?

You can use any of the range of behaviours in the table above.

We would like to ACKNOWLEDGE the TRADITIONAL CUSTODIANS of this land and pay RESPECT to their Elders past, present, and future.

Acknowledging our GRADITUDE that we share this land today, our SORROW for the many costs of that sharing, and our HOPE and BELIEF that we can move to a place of EQUITY, JUSTICE and PARTNERSHIP TOGETHER.